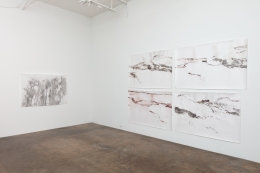 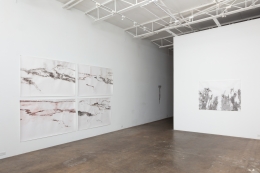 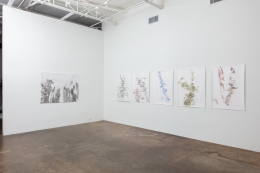 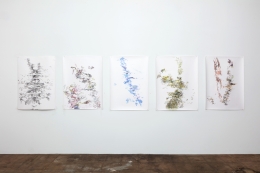 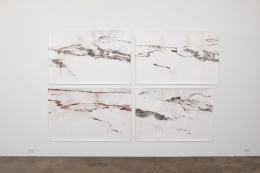 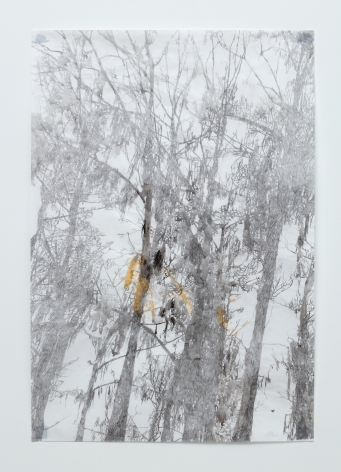 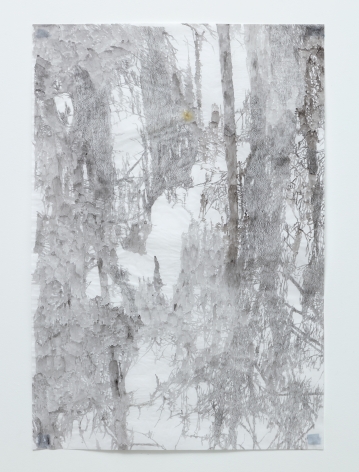 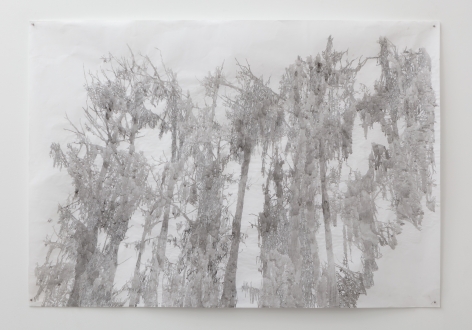 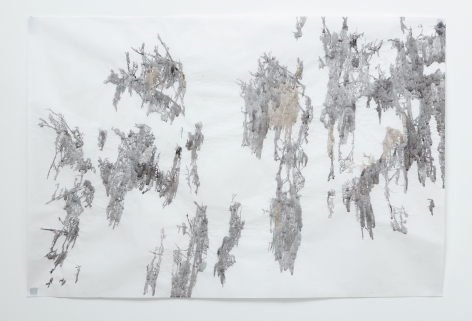 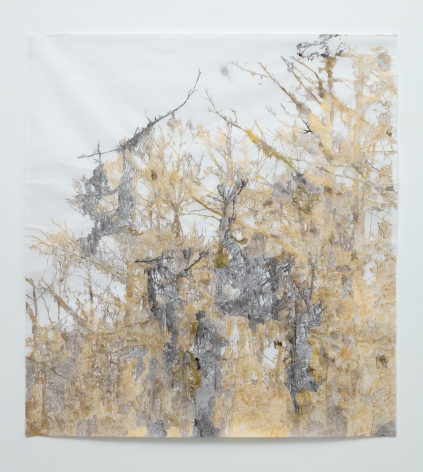 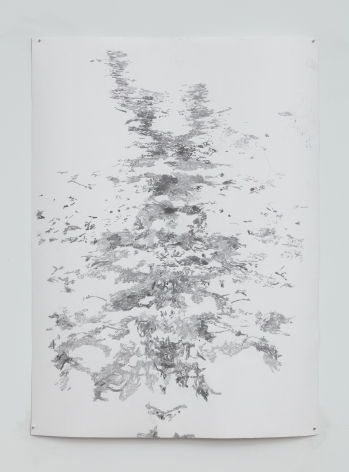 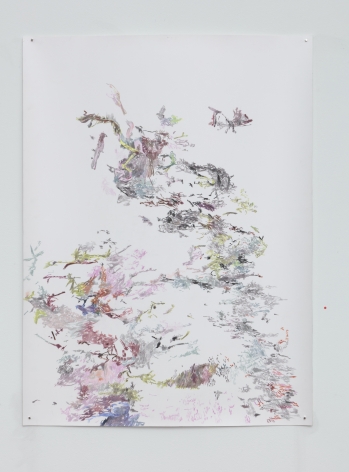 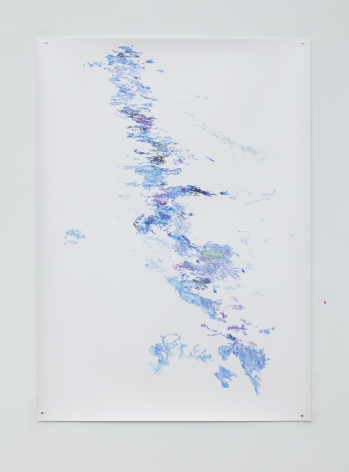 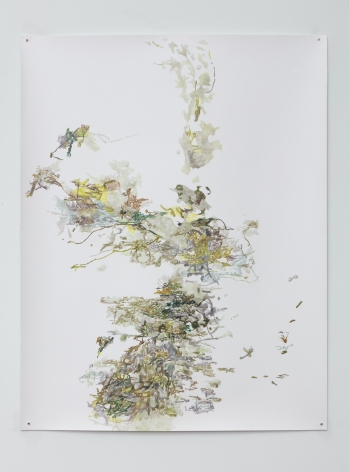 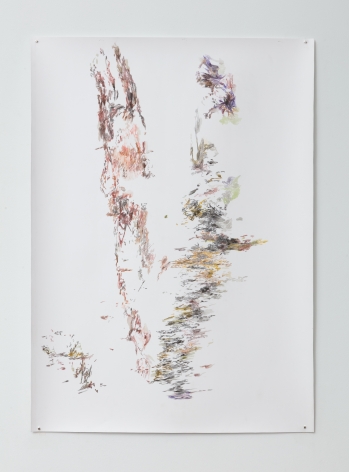 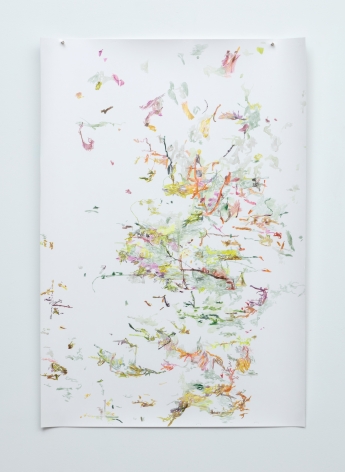 Cris Worley Fine Arts is pleased to announce our first exhibition with artist Anne Allen, entitled Beach Salad… And Other Watery Adventures. The exhibition will feature new works on paper and will open with an artist’s reception on Saturday, October 13 from 5:00 to 8:00 pm.

Allen’s work is influenced by the ephemeral power of patterns found in lace, doilies, hairnets, tree branches, vines, and marks on the skin, which she distorts with shifts in scale and color. These impressions of seemingly innocent objects are subverted with a minimalist hand, creating intimate drawings with nostalgic effects. Allen carefully executes her works in graphite, watercolor, ink, charcoal, gouache, or pastel to achieve the tactile qualities that draw viewers in to follow her gestures.

Throughout her career, Allen has constantly evolved her practice with inspirations from her travels. From childhood road trips through adult hikes to geocaching sites, Allen has found a plethora of images and sensations that she explores in her work. Previous works such as her series of Blood Scratch Drawings (2015) translate real accidents, while the site-specific Alchemy (2011) explored the permanence of the human hand in confined conditions.

In this exhibition works such as La Digue #2 (2018) are a direct reference to the artist’s recent experiences in the Seychelles and in Mauritius. Allen’s work also draws inspiration generally from the conceptual maps of Julie Mehretu, Brice Marden’s layered loops, and El Anatsui’s quilts of found materials.

Anne Allen was born in Seattle, WA and grew up in Fort Worth, TX. Allen received her Bachelor of Fine Arts in Painting and Printmaking from the University of Texas at Austin and went on to receive a Master of Fine Arts in Metals from the State University of New York at New Paltz. She lived and worked in Los Angeles, Portland, and the Hudson River Valley before returning to Texas in 1999. She was a finalist for the Hunting Art Prize in 2007, 2008, 2009 and 2011. Her work has shown extensively in solo and group exhibitions throughout Texas as well as in New York. A curator and arts administrator, Allen served as Director of the Arlington Museum of Art (AMA) from 2001-2007, and as Executive Director of The Old Jail Art Center in Albany, Texas in 2000. She is currently a Public Art Project Manager with the Arts Council of Fort Worth, Texas.