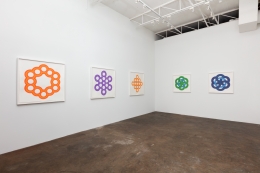 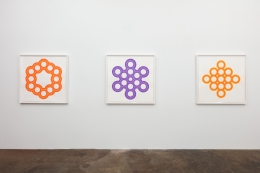 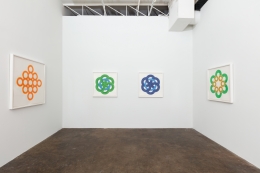 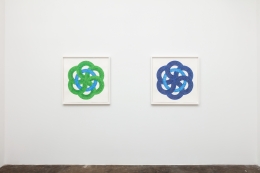 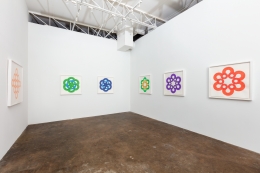 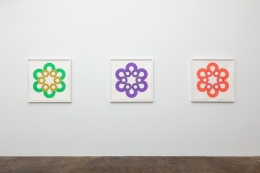 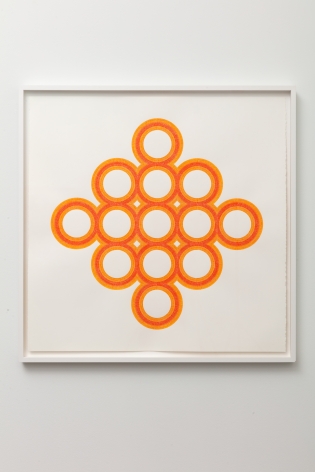 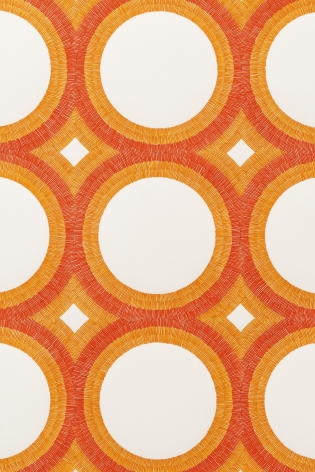 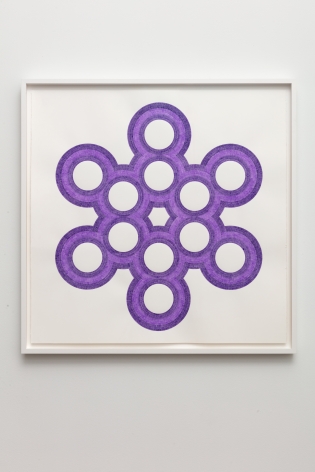 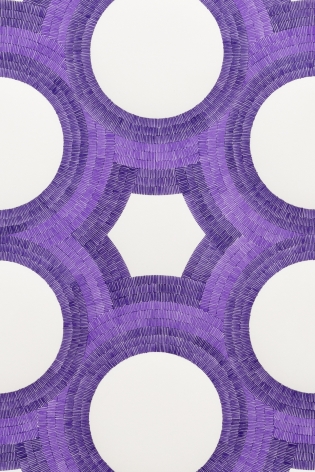 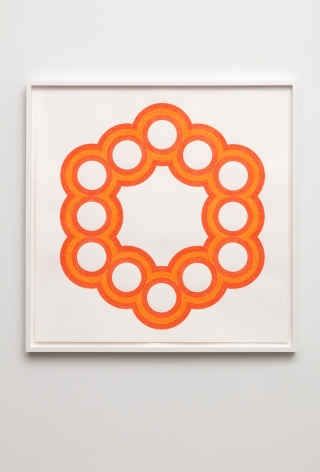 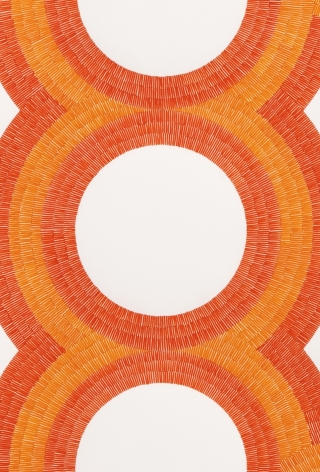 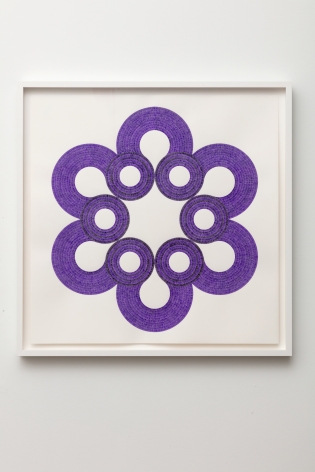 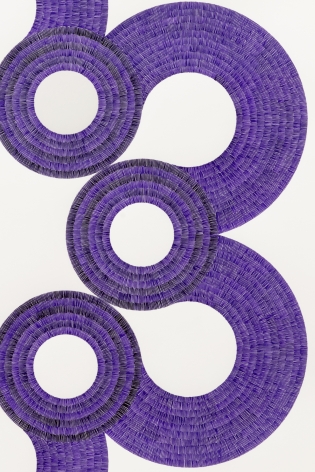 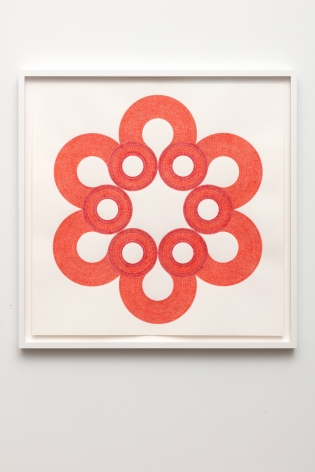 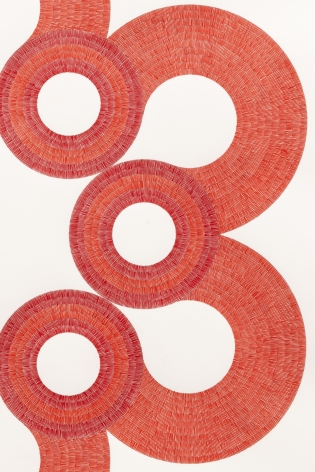 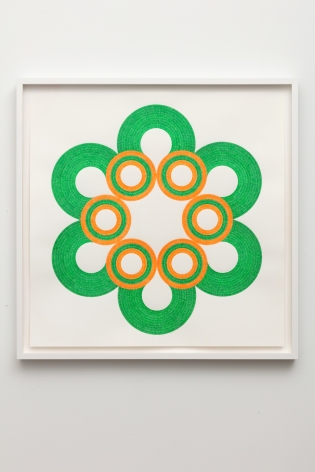 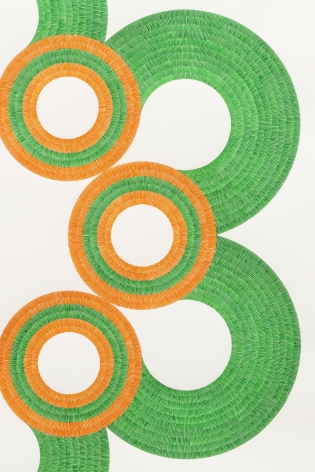 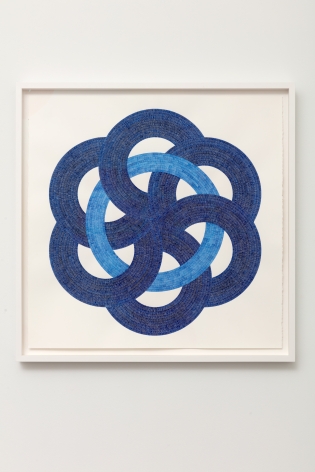 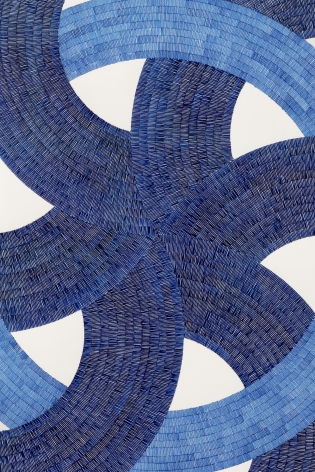 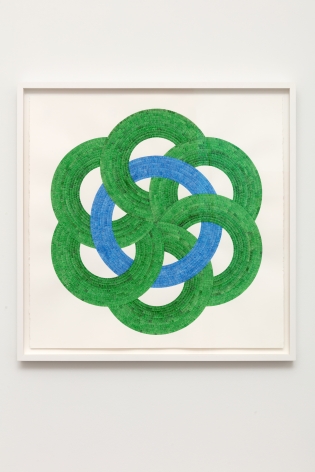 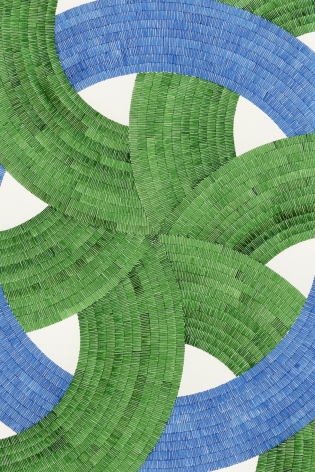 Cris Worley Fine Arts is pleased to announce our third solo exhibition of works on paper by gallery artist Robert Lansden. Wheel of Time, opens Saturday, October 10th, and will be on view through November 14th, 2020. An Open House will be held at the gallery Saturday, October 17th, from 12 – 4pm with a limit of 10 visitors in the gallery at a time. Appointments for the Open House are not required but are strongly encouraged.

Robert Lansden’s synergetic drawings combine obsessive mark-making with meditative discipline. Each individual line is methodically rendered as a single step within a larger algorithm, resulting in geometric patterns that at first glance resemble digitally generated graphics. There is a warmth however, as the human hand is detected in each stroke of pencil, ink, gouache, or more recently, watercolor applied via calligraphy pen.

Wheel of Time features eight watercolor drawings that embody the infinite and cyclical nature of time. These radially composed works draw inspiration from ancient symbols, such as the Pagan Wheel of the Year, and the Buddhist Kalachakra Mandala, in which external cycles (such as the orbits of planets, seasons, and the zodiac) and internal cycles (such as systems within the human body, stages of life and circadian rhthym) are represented by outer and inner rings.

Lansden’s fascination with time has been a recurring theme in previous works. In Arranging Time, 2017, interlocking geometry is symmetrically stacked, hinting at a cumulation of time, whereas The Shape of Time, 2015, series is defined by web-like patterns that give the illusion of warps in the fabric of space-time. Other titles such as Surrender, 2017, and The Observed Moment, 2017, suggest that despite time’s perceived orientation, it is the act of being present that is most sacred.

Robert Lansden lives and works in Norwalk, CT. He received his Bachelor of Fine Art from the Atlanta College of Art in 1989, a Master of Library Science from Palmer School of Library & Information Science in New York in 1999, and a Master of Fine Art from Tulane University in 2005. His work has been widely exhibited in galleries, universities, and museums including the Mobile Museum of Art in Mobile (AL), Nebraska Wesleyan University’s Elder Gallery in Lincoln (NE), Nexus Center for Contemporary Art in Atlanta (GA), University of New Orlean’s Ogden Museum of Southern Art (LA), and Kentler International Drawing Space in Brooklyn (NY).