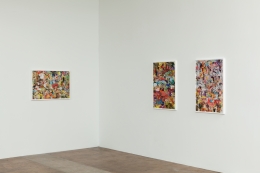 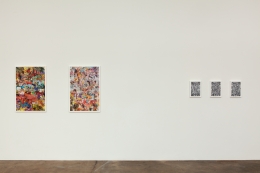 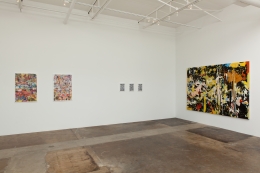 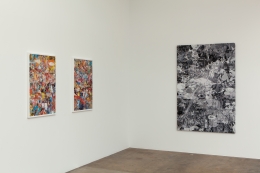 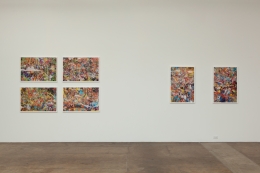 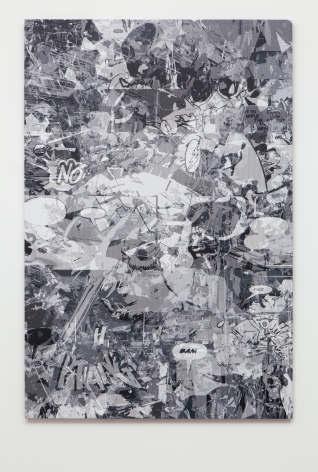 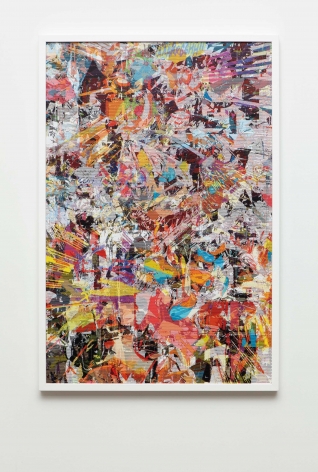 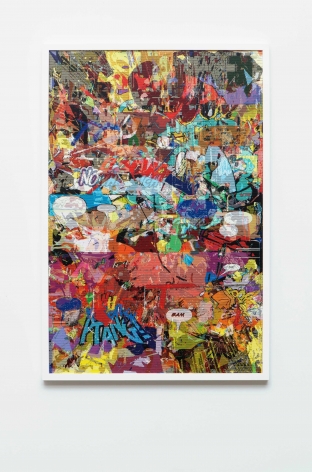 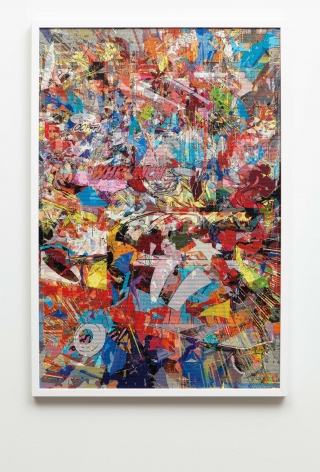 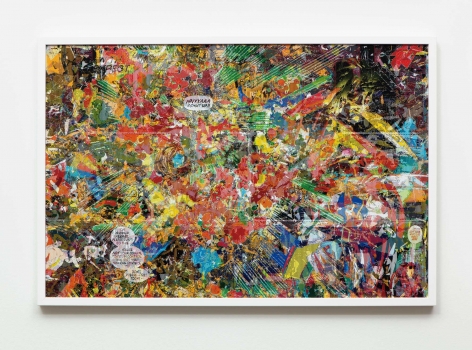 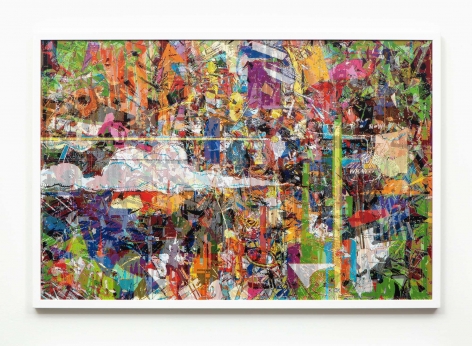 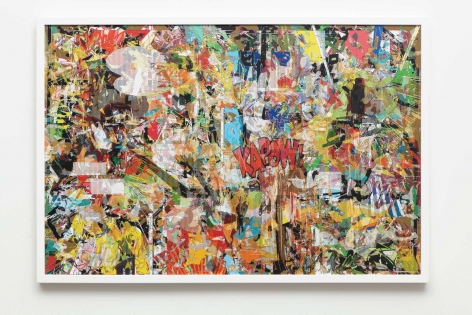 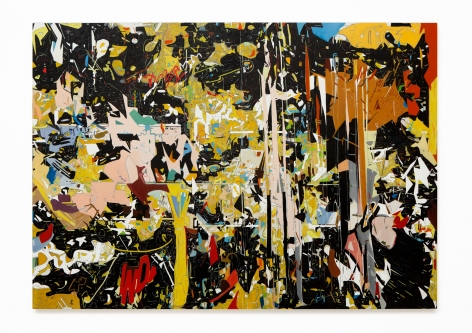 Cris Worley Fine Arts is pleased to announce Dallas-based artist Ruben Nieto’s third solo exhibition with the gallery, entitled, ‘Décollage’. The exhibition will open Saturday, May 16th from 6pm – 8pm with an artist’s reception and will continue through June 20th, 2015.

Nieto is known for his bold paintings of explosive color and recontextualized imagery referred to as “comic abstractions.” His fascination with American comics and popular culture surfaced at an early age in his hometown in Veracruz, Mexico, where he was also mesmerized by bold, thick layers of cinematic posters being scraped and peeled from concrete buildings. In this new series, Nieto recalls the deconstructive qualities of works by artists, Raymond Hains, Francois Dufrene, and Mimmo Rotella, taking a subtractive approach to his densely layered compositions.

Dr. Richard R. Brettell, Margaret McDermott Distinguished Chair of Art and Aesthetic Studies, UTD, and former director of the Dallas Museum of Art sheds light on Nieto’s tendency to blend traditional techniques of the past, with new tools and methods of production:

“With his initiation into advanced technology and “anti-studio” practice at UTD came a fascination with image manipulation through computers, into which he “feeds” comic book images and adapts, combines, destroys, recombines, and layers them into completely new energized compositions.”

Ruben Nieto was born in Veracruz, Mexico. He holds a BFA from the Universidad de Guanajuato, an MFA in Arts and Technology from The University of Texas at Dallas. Recently, Nieto was featured in New American Paintings, issue No. 114. Nieto has shown internationally in Switzerland, Germany, Spain, France, Canada, Mexico and the U.S.